“We’re shooting ourselves in the foot” 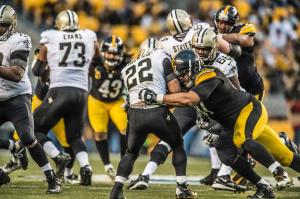 “Everybody, top to bottom, we got to stop doing this. We’re shooting ourselves in the foot. We have too many good guys, too many good players to not win these games.” – Heyward, from his post game interview.

Bob Labriola, Steelers.com brings up the “highs (and lows)” from the loss to New Orleans:

Through the Saints first two offensive possessions, the Steelers got some decent pressure on Drew Brees even though they didn’t manage any sacks. On a third-and-6 24-yard line on that second possession, Cam Heyward hit Brees as he was in the act of throwing the ball to an open Kenny Stills, but the ball was overthrown and New Orleans had punted twice in the game’s first 10 minutes.

New Orleans received the second half kickoff, and on their first third-down situation of the quarter, Cam Heyward tipped Drew Brees’ pass at the line of scrimmage to cause it to flutter incomplete.

Despite the loss, Cam did have a good game. He was considered for Player of the Week honors. He had four tackles, including one for loss, plus a pass batted at the line of scrimmage. 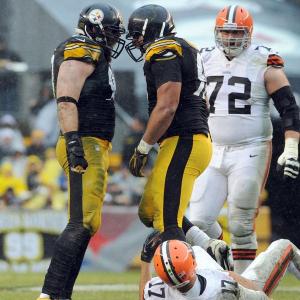 The loss was tough, but the news got worse today when it was announced that fellow DE, Brett Keisel, was placed on the Injured Reserve list due to a triceps injury.

Cam talks about his friend and teammate:

Much love and respect for Big Brother, Brett Keisel. Won’t stop playing for my guy! #99Strong.  He means a lot to this team. We’re going to have to rally behind a lot of other guys because you can’t replace him. We have four games to show how much we care about him.