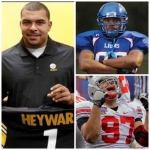 Cameron Phillips Heyward was born on May 6, 1989 in Pittsburgh, PA.

Cameron is the son of former NFL and Pitt running back Craig “Ironhead” Heyward and Charlotte Heyward-Blackwell.

Little did he or his parents realize then, but Pittsburgh, PA. would also later be the birthplace of his NFL career. 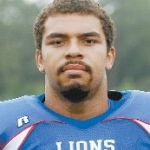 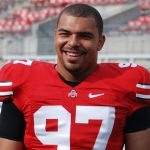 Stats and Honors:
Started 46-of-52 games at Ohio State, missing just one start in his final 46 appearances
163 tackles (78 solos) with 15.0 sacks
Recovered 2 fumbles, including one in the end zone for a touchdown
80-yard fumbled interception return vs. Miami in 2010 ranks as the seventh-longest return by a Buckeye in school annals and the longest run back by a defensive lineman
Named to the to the Freshman All-Big Ten Conference squad
Recipient of the Jack Stephenson Award, given by the coaching staff to the team’s Outstanding Defensive Lineman.
Nominated for the Lombardi Award
Team Captain
Earned first-team All-Big Ten Conference honors
Lombardi Award semifinalist and Lott Trophy quarterfinalist
named to the Nagurski and Hendricks Awards preseason watch lists
Recipient of the Bill Willis Award, given by the OSU coaches to the team’s Outstanding Defensive Player