The Steelers won their second straight game and it was an important one against the Bengals! 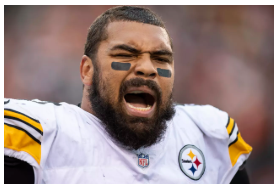 It took a full 60 minutes. It took contributions all around. And it took some heroics.

And in the end, it all came together as the Steelers pulled out a 28-21 win over the Cincinnati Bengals at Paul Brown Stadium in an AFC North battle. The win sends the Steelers into their bye week with a 3-2-1 record. 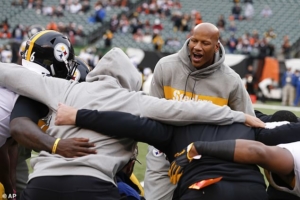 The win was huge, but seeing Ryan Shazier walk across the same field a year later was even bigger!

On the D-Line play:

For whatever reason, the Bengals just seem to give up on the run against the Steelers. Joe Mixon had 64 yards on just 11 carries, including a 4-yard touchdown, but the Bengals had just 13 rush attempts. Six of those came in the first half. Stephon Tuitt had his first sack of the season, a tackle for a loss and two QB hits in his best performance of the season. Javon Hargrave had one of the other sacks. (Gerry Dulac, Pittsburgh Post Gazette).