“We gotta get out of this up and down roller coaster ride. “ 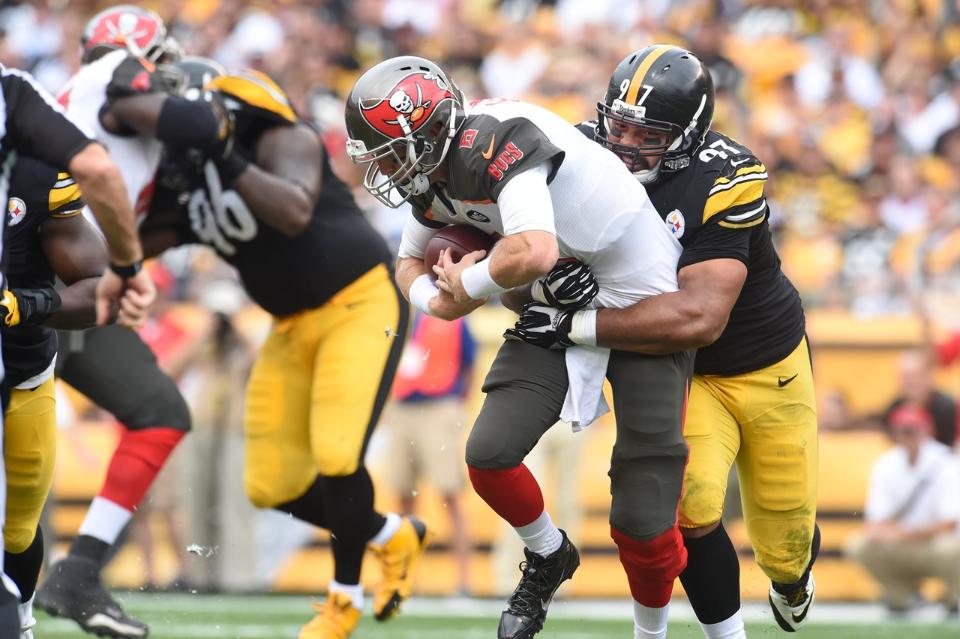 “Any loss hurts. Came down to a couple plays and we didn’t execute. We gotta learn from our mistakes. We gotta get out of this up and down roller coaster ride.”–Cam, on the loss to Tampa Bay.

The Steelers lost in the last few seconds of the game today to Tampa Bay (27-24). Penalties were high against the Steelers today, which turned the game in favor of Tampa Bay.

Cam, on how to fix penalties:

“Don’t do them…including myself. We gotta clean this up.”

Cam had a strong game with two tackles and a BIG sack. He was very disruptive up front the entire game.

On a first-and-10 from the Steelers 42-yard line early in the second quarter of a 10-10 games, Cam Heyward broke through to sack Mike Glennon for a 15-yard loss that became a Buccaneers punt two plays later. It was Heyward’s second sack of the season.

As Cam says, the team will head “back to the lab” tomorrow and go over game film to correct mistakes. They face the Jaguars next Sunday.