For months, Steeler Nation has been holding their breath. No one wanted it to happen, but last night Troy Polamalu announced he was retiring from football. He did so in an exclusive interview with Jim Wexell, SteelCityInsider.net, which you can read HERE. 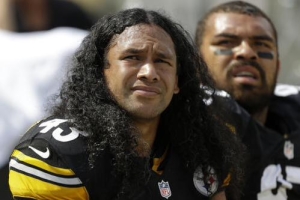 Just wanted to thank Troy Polamalu for being a great person and great teammate. You led by example in so many ways. One of the greatest teammates ever. — Cam