“I’m not ready to throw in the damn towel.“- Cam, from his post game interview. 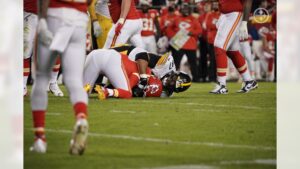 Heyward said after the game that he is not ready to throw in the towel. Said they’ve got two games left and a lot of football to play. Heyward added they have to play a lot better. Said they go into the game with a good game plan, and have to execute better. (via Teresa Varley).
Next Up:
Steelers take on the Cleveland Browns for their final home game.