Heyward: ‘We have to execute better’

There is no doubt the disappointment of the 28-21 loss to the New England Patriots lingered on Friday morning, but for Steelers’ players the key thing was looking at the film, seeing where mistakes were made and working on correcting them.

The Steelers host the San Francisco 49ers at Heinz Field next Sunday, and those mistakes must be corrected before they take the field.

“It didn’t come out the way we wanted it to,” said Timmons of the loss. “We are going to look at the film, go from there, make the corrections and get ready for San Fran.”

That mindset resonated in the locker room, where several defensive players weren’t looking to place blame for the loss, but rather fix the problems that led to the Patriots scoring four touchdowns against them.

“We have to execute better,” said defensive end Cam Heyward. “We have to switch some things up in practice. At the end of the day we have to line up and be ready and we didn’t do that. I am not going to make an excuse for anything we did. 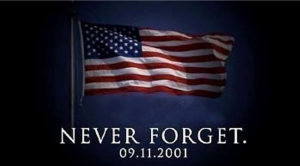