Heyward headed to the Pro Bowl 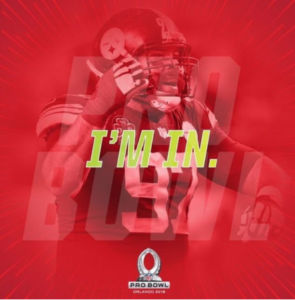 Of course I’d rather be playing with my team, but looks like I’m headed to Orlando this year! Thank you to all my teammates, coaches, and fans. – Cam

Cameron Heyward was one of the first names that came up when people were talking about Pro Bowl snubs, and now the All-Pro will be going.

Heyward has been named to the Pro Bowl and is replacing Raiders defensive end Khalil Mack.

Heyward, who was selected to the Associated Press All-Pro team, the highest honor a player can receive, finished the regular season with a career-high 12 sacks, adding 45 tackles, three pass defense, two forced fumbles and a fumble recovery.

He was named AFC Defensive Player of the Week twice this season, for his performance against the Ravens in Week 4 and the Packers in Week 12 and is the Steelers’ Walter Payton Man of the Year.

In addition, the Steelers coaching staff will be coaching the AFC squad, so the black and gold will be well-represented.

The 2018 Pro Bowl will be played at Camping World Stadium on Sunday, Jan. 28 at 3 p.m. The game will be televised on ESPN and ESPN Deportes, and simulcast on ABC.