Win (with help) and they are IN!

Thanks Rex and the Bills! #lordworksinmysteriousways – Cam 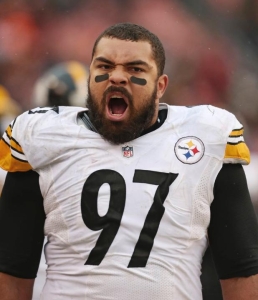 Cam on the Steelers and the playoffs: 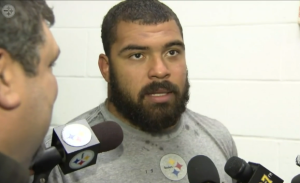 Stories still being written for us. Doesn’t matter how you get there…matters how you perform there.

What stood out in the game (from Teresa Varley):

Turnovers matter: The Steelers won the turnover battle against the Browns with two interceptions and two fumble recoveries, all of them coming in key situations. James Harrison had a goal line interception that stopped a Browns drive. Lawrence Timmons forced a fumble that Arthur Moats recovered and Anthony Chickillo forced a fumble on a kickoff return that Brandon Boykin recovered, two turnovers that lead to 10 points which would secure a Steelers win. Will Gay then intercepted Austin Davis to basically seal the victory.

Read more on the win HERE.

Our thoughts and prayers go out to DeAngelo Williams who was injured during the game. No update is available on his injury. We are thinking of him and hoping all is well.

The Steelers will play in the wild card round next weekend. Once the time and opponent is set, we will update with the information.