“We play and play to win, and we didn’t win today.”

“We play and play to win, and we didn’t win today.”

Those were the closing words from Coach Mike Tomlin after the Steelers tied the Cleveland Browns, 21-21, in the season-opener at FirstEnergy Stadium.

“You turn the ball over the way we did and you don’t get turnovers, particularly in a hostile environment, you don’t have a very good chance to win. We were in the game, but not enough to win today. We take responsibility for that. We tip our cap to the Browns. They played tough, competitive ball. We’ve got to be better. We intend to be. We’ll analyze tomorrow and move forward.” 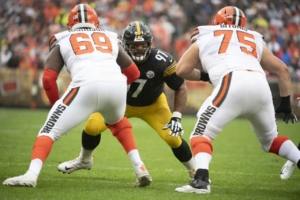