“It’s something we can grow on” 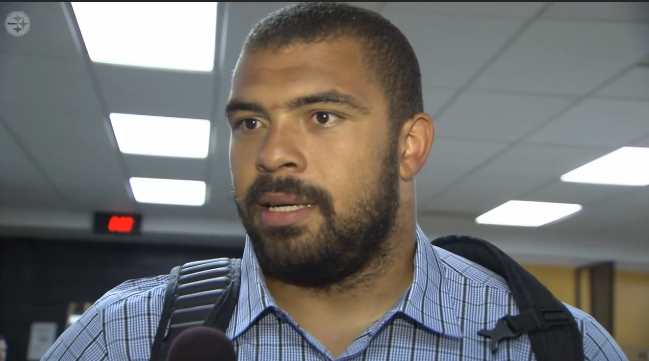 Cam spoke to the media after the win over the Bills last night.

It’s something we can grow on.

On the play of the rookies:

We need them to produce now.

On his role with the team:

Whatever they need me to do….I’m ready.

Listen to a little more from his interview HERE.

Looking for photos of 97? We have you covered, HERE.

Find out some things about Ryan Shazier

, too. Get a look at Troy Polamalu

just to make sure. Find a way to win without compromising the plan for a preseason game. Finish some offensive drives in the end zone. Keep making big plays on defense.If somewhere there existed a check-list of things the Steelers wanted to accomplish last night at Heinz Field, those half-dozen items listed above would have been on it. This team is far from a finished product, and there still are way too many days/practices/games between now and Sept. 7 to string the ‘Mission Accomplished’ banner across the entrance to the South Side practice facility serving as home base for the rest of their preseason, but there can be no denying it’s easier to feel good about the 2014 Steelers.
Training camp is over, and two preseason games are in the books. Things are starting to come together for the 2014 Pittsburgh Steelers. What they showed against the Buffalo Bills proved that.