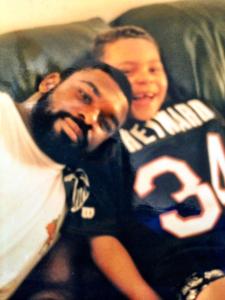 Man it’s crazy how times have changed. Hello, Atlanta it’s been awhile. #ironhead— Cam, after arriving in Atlanta for the game against the Falcons.

It may have been awhile since Cam was in town, but it was clear he (and the Steelers) felt right at home in the Georgia Dome. Part of it was because Steeler Nation showed up in full force to cheer on their team. The television analysts commented several times on how full the stands were of Steeler fans.

Tomlin spoke on the defense following the game:

“We fought in a big way, defensively. I thought we did a good job of keeping a lid on it that prevented some of the big plays that have hurt
us in the past. Obviously, they created some big plays with some shorter passes but that is life. We are who we are and we are not a perfect
group by any stretch but we will fight the fight until the end together.” ( Jim Wexell, Steelcityinsider.net)

On the defensive making the difference in the game:

“(William) Gay has been making plays for us all year. He didn’t get sucked up on the play action. He was able to read it. Heck of a play by
him and way to finish.”

On at least a winning season:

“Just means we won’t be eight and eight, but the job is not done. We really want to hit all our goals. That means first getting to the
playoffs and then making some noise. ‘We’ve got a gear that hasn’t been shown yet. If we’re satisfied with this, then we’re in the wrong place. As a defense, we gave up some scrambles. The offense left some points out there. We can do a better job. We’re happy with the win, but we’re not satisfied.” 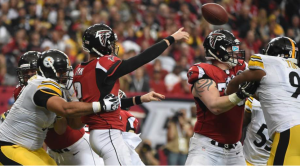 Cam was credited with two tackles during the game, but he was disruptive up front the entire game.

The impact of both of these players in the Steelers’ Week 15 win over the Atlanta Falcons certainly is evidence to support the claim the team has hit big on these two first-round picks. DeCastro scored a 4.0 from Pro Football Focus, an NFL plays-evaluation web site, in the team’s win over the Falcons, and Heyward scored a 4.3 overall, the top grades given for either team in the game.

In a game in which rushing yards were tough to come by, DeCastro handled his assignments well overall. Heyward wrecked the Falcons’ offensive line on more than on occasion, coming up with multiple big stops when the Steelers’ improving defense needed them.