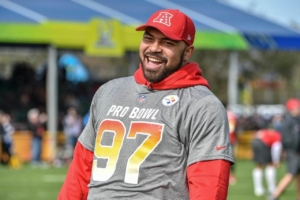 The AFC came-from-behind to defeat the NFC, 24-23, in the 2018 Pro Bowl, with the Steelers coaching staff coaching the winning squad.

Playing in his first Pro Bowl Heyward did the same thing he did all season, he got to the quarterback. Heyward, who finished with four tackles, sacked Jared Goff for an eight-yard loss.

Cam also teamed up with Von Miller for a strip sack of Goff to seal the win for the AFC.

Congratulations to Cam and his teammates!