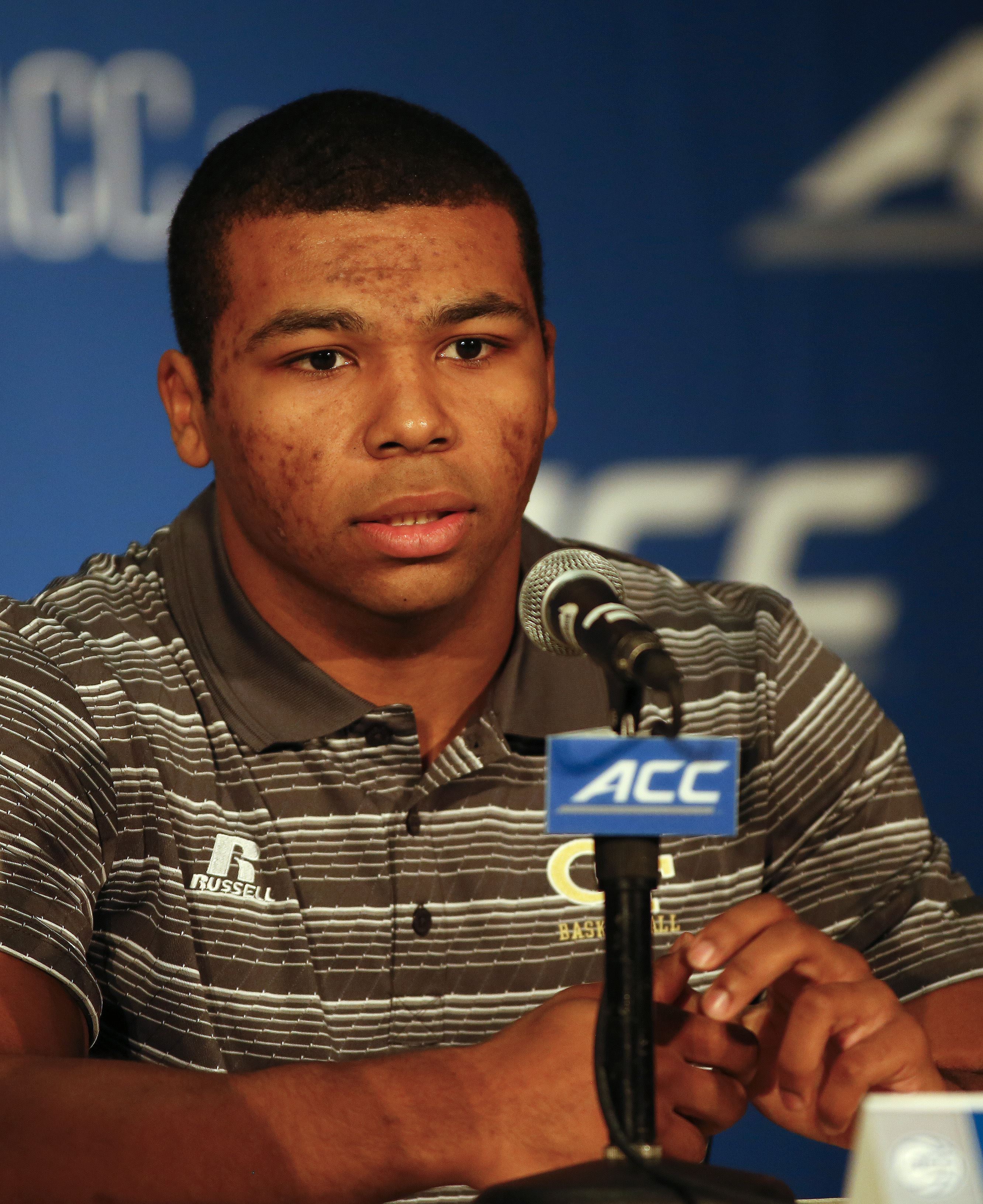 Georgia Tech redshirt sophomore guard Corey Heyward is focused on the season, but for about three hours Sunday night, he will be, like many other Pittsburgh natives, focused on the Steelers game.

That’s because his older brother Cameron Heyward is a Steelers starting defensive end. But Corey has always loved the city because his late father, Craig “Ironhead” Heyward, played at Pitt.

“Yeah, I’m a big Steelers fan,” Corey said Wednesday at the ACC’s media day. “I bleed that black and gold.

“I talk to my brother often, and I give him advice and he gives me advice, but right now, hopefully we can get this game against the Ravens Sunday.”

Heyward, who is 6 feet 1, 214 pounds, said he chose basketball over the family business because his “basketball heart” is bigger than his football body.

“You have to love football to play it,” Heyward said. “I bring the football mentality to the basketball court.

“But my parents have done a good job of making sure I understood that I need to do what I love.”